by 기 요한 June 26, 2020
Yesterday marked the 70th anniversary of the outbreak of the Korean War, which began on June 25, 1950.
During the next three years at least three million people died, probably many more. More than half of the casualties were civilians, making it one of the most deadly wars in history.
The fighting ended with a ceasefire in 1953, but no peace treaty was ever signed. Since then the two sides have continued in a hostile stalemate, divided from each other by the DMZ. Last week's destruction of the liaison office by North Korea indicates just how fragile any recent easing of the tensions has become. It is therefore an apt time to pray for peace on the Korean Peninsula.
Last Saturday I travelled to the "White Horse Hill Korean War Memorial" at Cheorwon, which borders the DMZ, to take part in a peace convocation and march for peace organized by the PROK to mark the occasion. 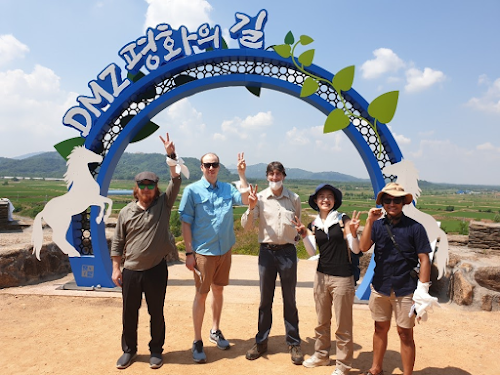 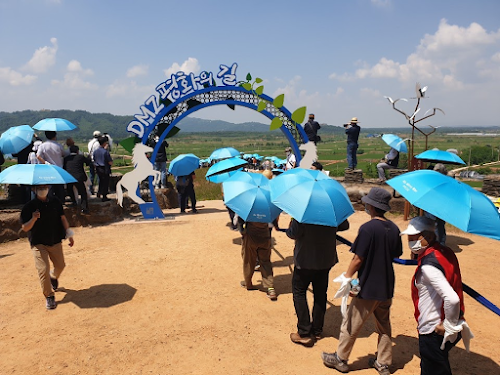 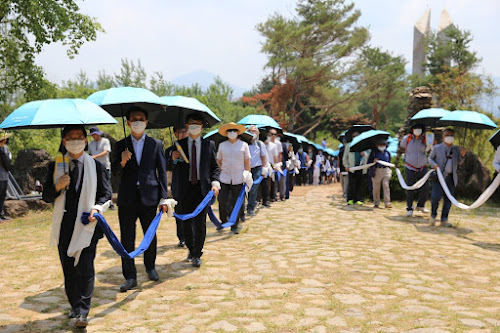 Here is a video of the event on the WCC's YouTube channel:
https://www.youtube.com/watch?v=jyrdI4q-CEc
And then this morning I took part in the United Church of Canada's online prayer vigil for peace in Korea. You can find it here on the United Church's YouTube channel:
https://www.youtube.com/watch?v=TaM1jdeQioQ&feature=youtu.be
Finally, let me share with you a prayer written by Rev. Lois Wilson, former moderator of the United Church, for this occasion:
https://drive.google.com/file/d/1q9vU4EVqXsSTYuXIwKN4IzwnL8MXMXrZ/view?usp=sharing