It's raining today in Seoul. These days there has been lots and lots of rain. It hasn't affected me too much, other than to get rather wet a few times, but it has caused serious problems elsewhere in the country. 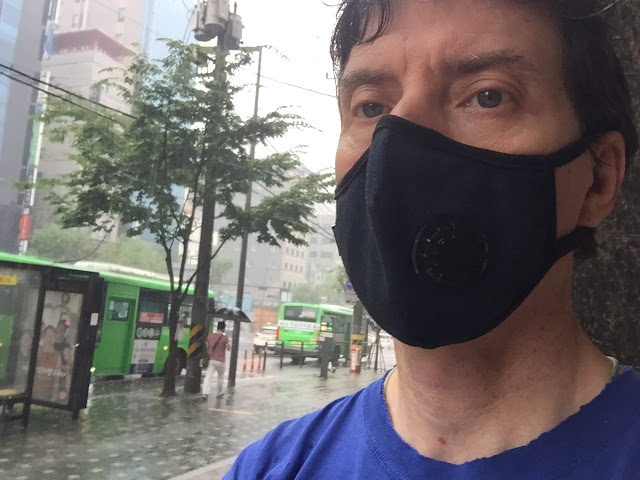 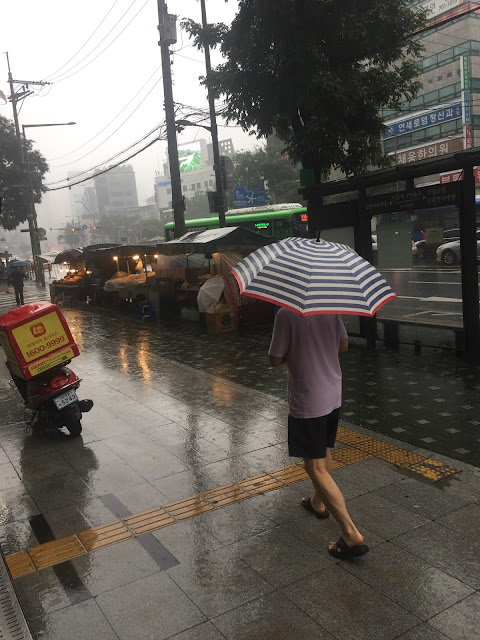 It is also national liberation day, marking the 75th anniversary of Korea's liberation from Japan in 1945. With coronavirus the celebrations are limited, but let me share with you this prayer from the National Council of Churches in Korea (NCCK), which is the final prayer in their 70-day prayer campaign for peace and reunification of the Korean Peninsula.

As this year 2020 marks the 75th anniversary of Korea’s liberation from the Japanese colonial rule, we give you thanks for your marvelous gift of liberation. But the joy of liberation could not be fully celebrated for Christians in the North and South due to the Cold War relic of longstanding division and confrontation. Lord, have mercy on us!

The joy of liberation ended up being only half fulfilled as the years of division, confrontation, and hatred have torn us apart as if we were two hostile nations from the beginning. The foreign powers, who established two separate Korean nations demarcated by a border at the 38th parallel, the line of latitude that crosses the peninsula, still dominate the fate of our nation. Japan, which has continued to refuse to apologize, is the intruder for peace and reunification on the Korean Peninsula. Lord, we humbly ask for the justice of your kingdom which is opposite to the injustice of the human empire!

We also give you thanks for making us your messengers of peace and justice. June 15 this year marks the 20th anniversary of the Joint Declaration between the two Koreas and held the first summit of inter-Korean leaders since the Korean War in the early 1950s.The North and South have agreed to resolve the question of reunification independently and through the joint efforts of the Korean people, who are the masters of the country. Lord, help us not to lose our hope!

Trees of peace, rooted in this land, are still growing. Even in times of external pressure from the foreign powers, we pray that the fruits of peace would be harvested throughout the length and breadth of the land all over the country. Help us to stop the military exercises and producing all weapons in the name of security! Lord, may the North and South walk in the path of peace and coexistence by declaring an official end to the Korean War and signing a peace treaty!

We are frustrated and feel so helpless as we have faced the COVID-19 pandemic. Just as Koreans wish a full joy of liberation, may we overcome the COVID-19 and enjoy the gifts of life. May the North and South lead to mutual cooperation as one nation! Lord, may we boldly proclaim a new covenant of national reconciliation, peace, and prosperity!

In the name of Jesus Christ, we pray. Amen!