Looking Back on covid year 2020

I must admit, I am glad to be turning the page on 2020. Nevertheless, looking back over the year, I see that quite a lot was accomplished. Here are a few of the highlights for me: 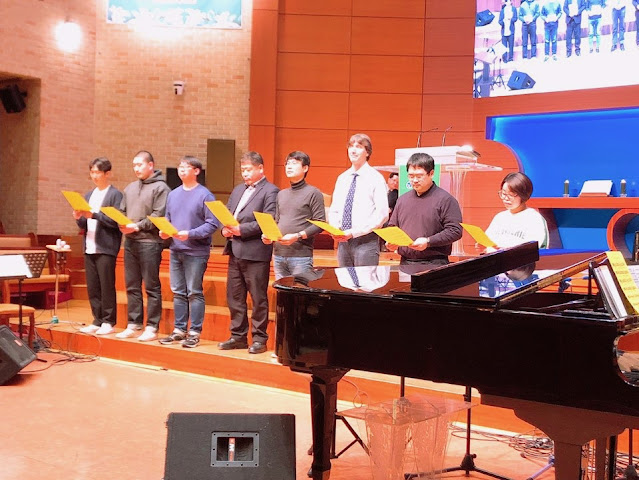 It’s a little foggy to me now, but there was a part of 2020 that was not consumed by Covid-19. In January I took part in the PROK’s mission academy, which prepares members of the PROK for overseas mission work. Somehow I got recruited to sing in the group’s choir (apparently, this too is part of the work of a mission co-worker!) 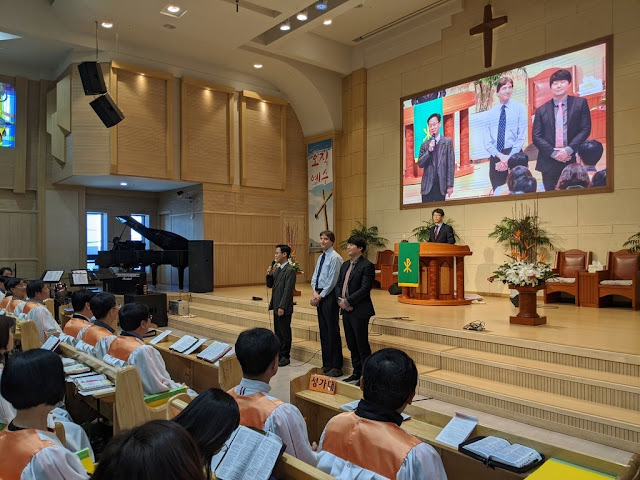 Early in the year I was also fortunate to visit the PROK congregation in Haenam, which is on the southern tip of the Korean Peninsula. Here I am being introduced to the congregation along with some of my colleagues from the General Assembly Office. 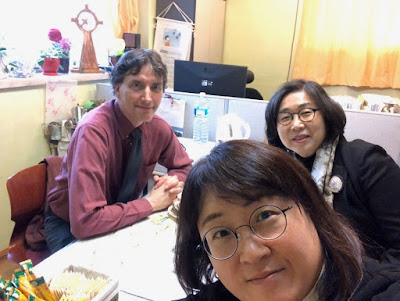 Much of my work involves meeting people face to face. Here I am having tea with some representatives of the PROK’s women pastors' association in their office in Seoul. 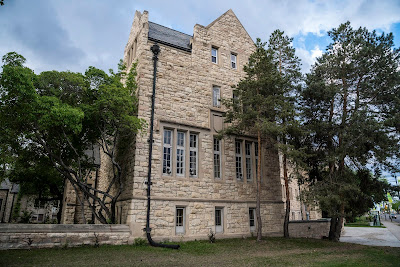 My home assignment in Canada, which was scheduled to take place from March to May, turned out to be quite literally a “home assignment”: Canada went into lockdown within weeks of my arrival in the country and I was stuck at home in Calgary. All my scheduled events were cancelled, except for a few which were able to be conducted online, such as the round-table videoconference I had with the community of folks connected with St. Andrew’s College in Saskatoon (building pictured here). 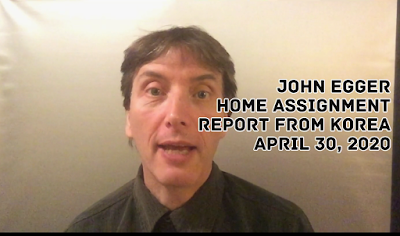 I was also able to put together a a short video on my work in Korea that was used by various groups across Canada, thanks to the encouragement of Rev. Andrew Kyong Lee, who is serving the New Hope, King City, and York Pines congregations in Ontario. (See my blogpost of May 8th.) 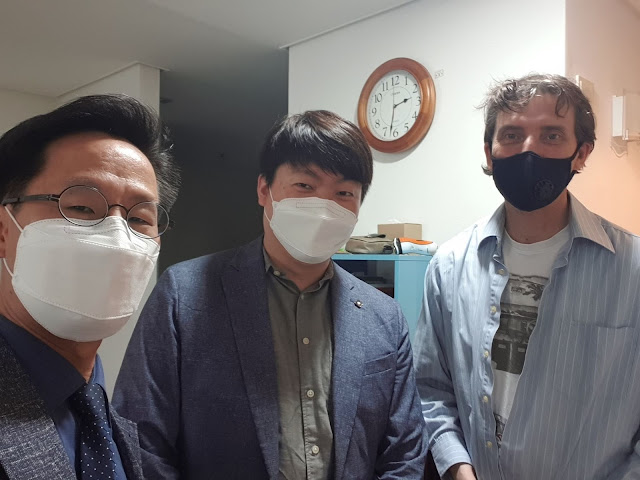 After I returned to Korea in June, I was required to quarantine in my home for two weeks. The first week wasn’t so bad, but by the second week I was getting pretty antsy. Here I am being rescued by my colleagues from the General Assembly Office. 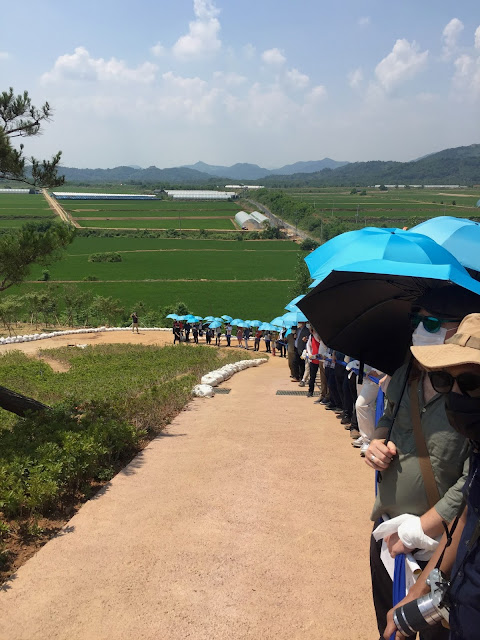 I got out of quarantine just in time to participate in the PROK’s peace pilgrimage to Cheolwon on the border of the DMZ at the end of June to mark the 70th anniversary of the outbreak of the Korean War. This was definitely one of the highlights of the year, and the 15-minute video that we produced in my opinion is as important as the event itself. Here is a link to the final Korean-English version, which is a slightly revised version from the one I posted a link to in my post on June 26th. (Alas, for those of you trying to spot me—I am not in this one!): 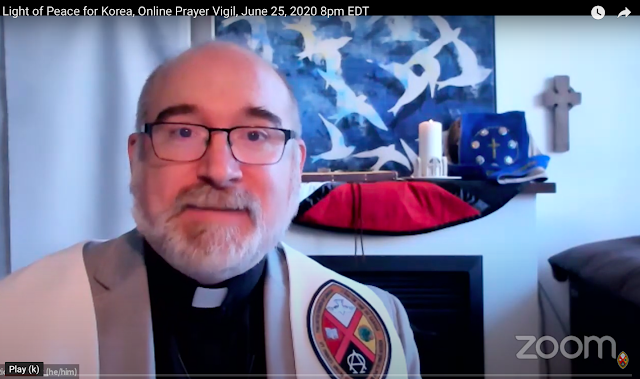 I was also able to participate in the United Church of Canada’s online prayer vigil for peace on the Korean peninsula on June 25, which brought together participants from across Canada (including Moderator Richard Bott, pictured here), and also included links to folks in Korea. 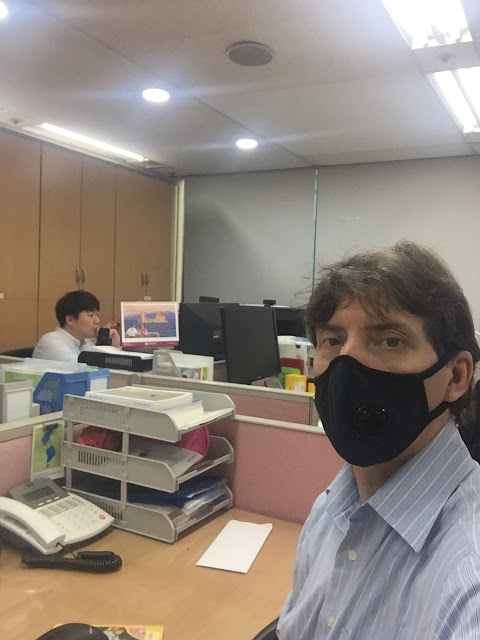 In July I settled back into work at the General Assembly Office. Unlike in Canada, in Korea we never really went into a total lockdown. 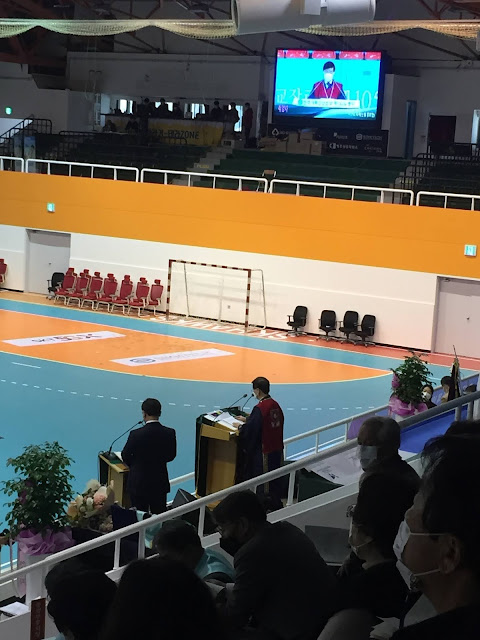 Because of Covid-19, the 105th General Assembly of the PROK was partially postponed and shifted to online, but there was a one-day event in Cheongju that I participated in on Nov 9. 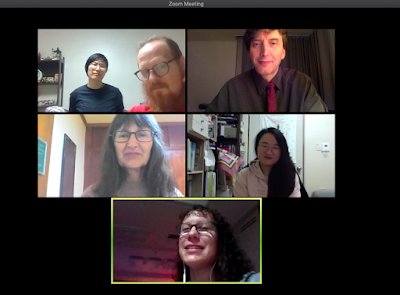 As I said earlier, much of my work involves meeting people face to face, but for much of this year, this was not possible. Numerous zoom meeting took their place! Here I am meeting with some of my mission co-worker colleagues from the Monday night group. 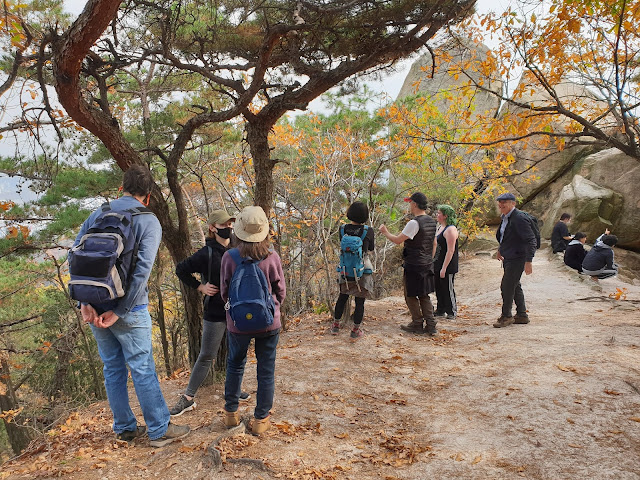 However, there were a few occasions when I was able to go out and meet with people in person, such as a gorgeous fall day in October when I climbed Bukhansan with a bunch of friends from the mission co-workers group. 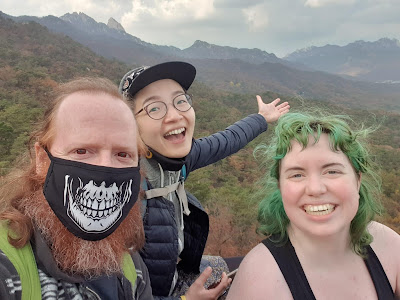 By chance, it also happened to be Halloween, which fit well with the theme of wearing masks! 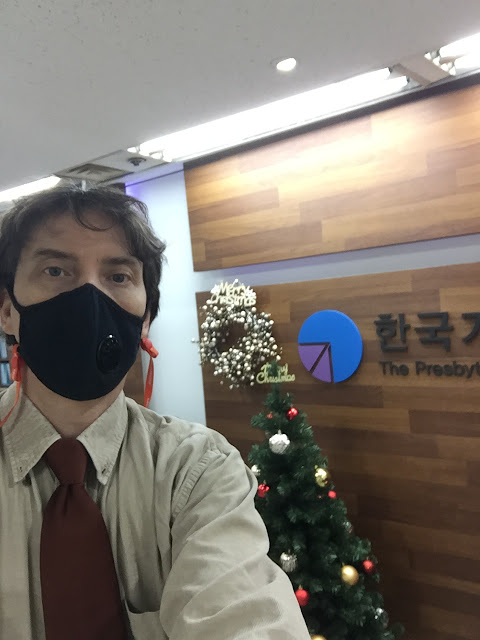 2021 is staring out on a hopeful note, as we begin to see the light at the end of the tunnel of the covid pandemic. Best wishes to all of you as we look forward to a whole new year. In particular, I am looking forward to seeing you again face to face—and by that I mean your whole face, not just the top half! May God bless you, and keep you, and guide you, as we move forward into the future!